One Day That Changed Everything

I was just like every other principal on the planet prior to becoming connected. My narrow focus was on sustaining a school culture focused on rules, compliance, conformity, and preserving the status quo. The end goal was to make sure standardized test scores increased (or at least didn’t go down) and traditions were preserved.  On the inside everything was great. Students and staff seemed happy while the community was supportive of our efforts.  Each monotonous day began with students arriving at school and then going directly to their first-period class where they sat in desks arranged orderly rows.  After listening to the daily announcements the delivery of instruction began. My compliant students then went through their rigid eight-period day schedule with each class lasting forty-eight minutes.  At the end of each class, an annoying bell would notify everyone in the school that it was time to continue through the repetitive process.  Throw in a few specialized programs, assemblies, and pep rallies that this was basically the schedule we all followed each and every day. 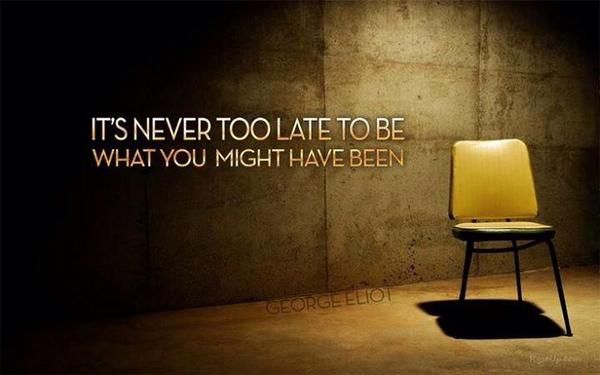 It is scary to think that the culture I describe above is still prevalent in the majority of schools across the country.  The reality is that school for most students is the polar opposite of the real world. Thus they come to school knowing that they will sit through endless lectures, endure the same lessons that have been delivered year after year, be assigned homework that does nothing to support learning, be given assessments that require little thought because they are easy to grade, and have to succumb to numerous rules that are meant to make sure they conform more than learn.  Getting through the curriculum aligned to Common Core has become the driving force in many schools as pressure is mounting with high stakes testing looming right around the corner. This would have been our reality at my school as well if it weren’t for one moment in time that changed everything.

During my first couple of years as principal, I was in a rut and didn’t know it. I led my school in a way that I was brainwashed into thinking was the only way. Education had become more about schooling than learning. Then it happened. My epiphany came in 2009 when I begrudgingly decided to give Twitter a try to improve communications with my stakeholders. Little did I know that this moment in time would totally redefine my purpose in education. As my behavior shifted from communicator to learner I immediately discovered how blinded I was by a system so entrenched in methodologies and practices designed for a period in time that had long past. I learned how to unlearn and then relearn through conversations I began having with passionate educators across the globe. These conversations empowered me to begin the process of taking my school in a better direction for the sake of my students.

My connected colleagues provided daily inspiration, support, feedback, resources, ideas, and strategies that I used to grow as an educator and leader. As my fixed mindset evolved into one more focused on growth the seeds for change were planted and began to take root. With a diligent focus on modeling changes to school culture slowly began to be embraced by teachers and students alike.  This was not an easy journey.  During the beginning years, I felt more isolated from my colleagues across my district and state than ever before. They did not see nor care to hear about the inherent value in connected learning.  Excuses often followed as a bunker mentality overshadowed the potential value that lied in using social media to become a better leader and learner. The only thing that kept me going was that once I had experienced the value for myself there was no turning back.

At this point, I feel the results speak for themselves.  New Milford High School became a globally recognized model for what is possible in education during my tenure as Principal and it all started when I became connected. After that, my role in the transformation process was placing my teachers and students in a position to experience the value for them.  Change became a collaborative and collective process that resulted in a school more focused on learning and one that worked better for kids than adults.  With all the challenges brought about by current education reform efforts, we moved forward with a bold vision for growth and innovation.  Even though learning across all spectrums looked different, achievement rose in virtually every area.  More importantly though was the fact that students appreciated the changes. Had I not become connected I can say with certainty that my school would not have changed.

This post is not meant to preach to the choir. It is my goal that it can be shared with the unconnected in the hopes that they will give connected learning a chance and ultimately reap the endless rewards that follow.  Our job to connect more educators is often fraught with frustration, ridicule, and disrespect, as we appear different. We cannot let this deter our efforts as all students deserve schools that provide them with the skills that our society now demands and expects. Keep pushing forward and thank you for all that you have done for me.