I was re-reading a recent post by George Couros (Is Change the True Barrier?) and began to reflect on some of the comments made directly on his site as well as those in the Twitter stream.  The following comment by David Jakes really got me thinking: "Perpetual never-ending conversation about change is the barrier."  As I looked more into the recent pleas for change in education I came across this video:

Talk is cheap (I do think this is a pretty good video though)!  Those of us working in education today know what has to be done in order to reshape the teaching and learning cultures found within our schools that have failed to adapt to an evolving world.  We need to lead the change movement through action instead of engaging in what seems to be never-ending talk about the "why" and "how" associated with the process.  There will be roadblocks, none of which are insurmountable.  Additionally, we need to share successful change movements that are sustainable in which marked improvements have been made to teaching and learning.  This way can learn from successful models and adapt these strategies to our own unique educational institutions.  What do you think?
Posted by Eric Sheninger at 11/28/2010 02:25:00 PM 2 comments: 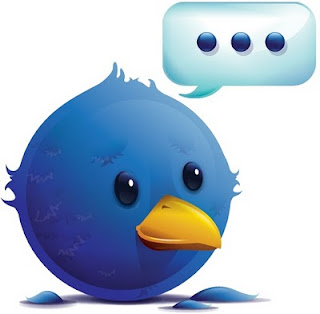 Cross-posted at The Educator's Royal Treatment.


As I mentioned in a previous post I have been working on a educational technology presentation for principals in a NJ school district.  The title I chose was "Harnessing the Power of Educational Technology" as I firmly believe that the many free tools available at our fingertips possess the ability to enhance our effectiveness and efficiency as administrators.  Below I will break down the main components of my presentation in an attempt to provide a toolkit to be used by other administrators, or any educator for that matter, across the globe. 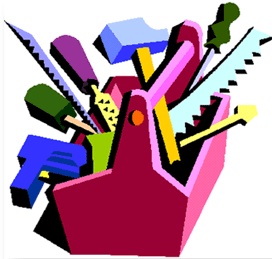 The Opinion That Matters Most

This morning I attended a meeting with students that represent New Milford High School and my superintendent.  The purpose of the "Superintendent's Council" is to allow students to have a voice and empower them to make meaningful changes to the culture of the District.  During the meeting the students were asked what changes or initiatives they would like to see.  One freshman student quickly caught my attention when he began to discuss how he was upset that certain students were unmotivated in school.  A conversation then ensured as to how we could change this.  I quickly jumped in and replied that many students come to schools across the country and are bored because the digital world that they are so accustomed to is taken away from the one place where they should most be engaged. 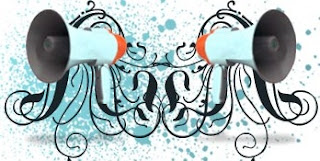 What transpired next gave me goosebumps.  Unscripted and in front of my boss student after student enthusiastically shared what their respective teachers were doing to make learning engaging, meaningful, and fun.  They spoke of the History teacher who was having them blog to reflect critically on world history content where they could interact with each other and share their thoughts.  Then there was the science teacher who has his biology classes using Google Docs and Sites regularly to collaborate, provide feedback and discuss the material.  The grand finale was the one English teacher using cell phones, Edmodo, and wikis to invigorate her lessons.

Student voices are the most powerful tool that educators can use to change the learning cultures of schools. These students readily shared the type of learning environment that they prefer, one that effectively integrates the digital tools of their generation.  I can talk about the merits of educational technology all I want, but it is the opinions of my students that have the potential to empower other teachers to jump on board.  Today was a great day!
Posted by Eric Sheninger at 11/11/2010 06:34:00 PM 3 comments:

The Power of Reflection

Over the past couple of days I have been preparing a presentation for K-12 Principals entitled "Harnessing the Power of Educational Technology" (I'll share more about this at a later time).  I must say that I have been quite impressed with myself as I decided to create the entire full day presentation using Google Sites.  During what seemed to be countless hours of tweaking presentations, searching for videos, and deciding what content I wanted to cover I found myself reflecting on my growth as a leader and learner.  The paradigm shifts that I have experienced are nothing but amazing.  My passion for helping all students succeed and taking my staff where they need to be has always been there, but my immersion in the world of web 2.0 has provided constant fuel to become better at what I do. 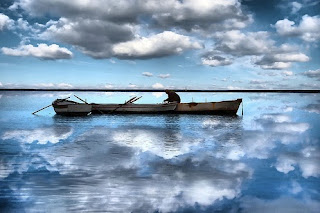 Technology is not always my driving force as many think.  Most of the time it is the inspirational conversations I have with educators from all corners of the globe on how they are moving away from traditional mindsets to unleash the creativity and learning potential in their students.  What is even better is that members of my own staff are beginning to embrace ideologies of authentic instruction to prepare students for success in the 21st Century.  In order to get to this point I had to look myself in the mirror and question some views I had in order to move forward without fear of failure.

Change in education tends to be evasive and not sustainable.  All to often entire educational organizations are comfortable with the status quo and if it isn't broke don't fix it mentality.  The honest truth though is the our system is broken and it is up to us to be open to new ideas, give up control, and work together to meet the diverse needs of today's learner.  Some might think that this is not possible, to difficult, ore requires an extensive amount of time.  These experiences and reflections I just shared prove that we all have the capacity no matter our position to transform our system of education one little piece at a time.
Posted by Eric Sheninger at 11/06/2010 12:30:00 PM 4 comments:

The following interview took place after Education Week's Leadership Forum "Unleashing Technology to Personalize Learning" on 10/5/10 in Washington D.C.  In order to increase access and use I am now utilizing Facebook with students and parents in my District.  There are so many people already using Facebook to interact with their friends and family. They’re always excited to find out that they can learn about our school at the same time. What are you doing to increase access and use of social media in your schools?
Posted by Eric Sheninger at 11/01/2010 10:40:00 AM 1 comment: