This post is the second in a series that will outline the foundational elements of my new book, Digital Leadership: Changing Paradigms for Changing Times.  It is set to be published by Corwin Press on January 14, 2014.  Currently there is a pre-publication discount of 15% for any orders before this date.  Over the next couple of weeks I will introduce what I have come to identify as the Pillars of Digital Leadership, a conceptual framework for leaders to begin thinking about changes to professional practice.  My book will focus on each of these elements as part of a change process. It will illustrate them in action through the work of practitioners and provide implementation strategies. To view the entire series click HERE.

If you don’t tell your story someone else will.  More often than not, when someone else tells your story, nine out of ten times, it is one that you don’t want told.  This is the reality for virtually every school leader.  In the past I feared and dreaded the roll of public relations as the typical situation played out time and time again.  No matter how much progress we made, or success we experienced, it was always that one negative story that would dominate the media coverage and sway public opinion.  I can vividly remember each news situation that completely blew things out of proportion and greatly distracted from the meaningful and significant work that was occurring on a daily basis. 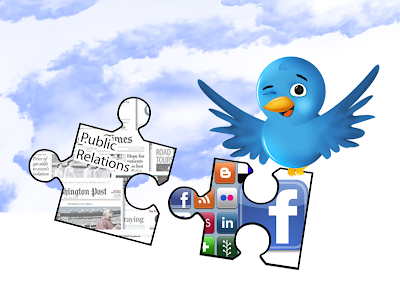 There is a fundamental problem with the mainstream media when it comes to public relations.  That problem is that they are a business.  In order to generate business they must create and promote stories that capture the attentions of their intended audience.  Make no mistake about it, the media wants and needs to make money.  When it comes to education the most controversial and negative stories are the ones that attract viewers and in turn generate revenue.  I don't know about you, but I grew quite resentful of the media in the past as they would be so quick to call my office to comment on a negative situation, but would not give me the time of day when I had a positive story for them to cover.  Sound familiar?

Thankfully this all changed in late 2009 as I discovered the power and value of using social media as a public relations tool.  I began to generate our own news related to New Milford High School and quickly learned of the many tools available that could be used at anytime from anywhere to tell our story.  In essence, I became the storyteller-in-chief.  As a result of the innovative work my students and teachers were engaged in, I discovered that there was an abundance of newsworthy content that my stakeholders craved.  Instead of reaching out to the media to cover these stories, we in essence became the media using mainstream tools such as Twitter, Facebook, YouTube.  As social media has evolved so too has our public relations strategy as we are now integrating Instagram, Pinterest, and Tumblr to tell our story.

The end result is that the media now comes to us and/or follows our social media channels to capture our story. Since taking control of our public relations at NMHS in 2009, the NYC, CBS, and NBC affiliates as well as USA Today, USA Weekend, Education Week, and Scholastic Administrator have all reported on positive news stories.  I have literally lost count of additional media coverage, as it has become the norm.  It has also led to the establishment of professional relationships with reporters who want to tell accurate and positive stories about innovative schools.

Chapter 6 in my book takes a detailed look at how digital leaders leverage available social media tools to enhance public relations. It places an emphasis on the work of John Carver and how he has become a public relations juggernaut for two different districts in Iowa. It also breaks down the strategies and tools that I use on behalf of my school to tell our story. Community and transparency are the bedrocks of public relations in the digital age.  This fact makes social media a natural fit.

How are you using social media for public relations?