With Students Lagging Globally in Science, the U.S. Looks to Inspire an Untapped Resource

Underlying the lagging performance of U.S. students in global assessments in math and science is another troubling statistic: According to the Organization for Economic Cooperation and Development, fifteen-year-old girls in 65 countries generally outperformed boys worldwide, but in the United States, boys outperformed girls in quantitative studies. We are left scratching our heads and wondering why it’s only our female students that “can’t do science.” 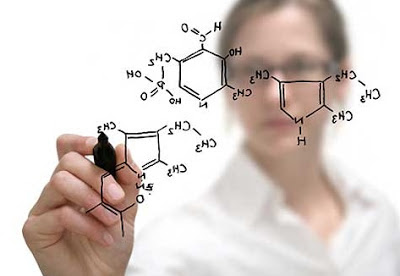 The fact is they can, but culturally, we may be dissuading them from doing so. Consider that even for those female students who do pursue college studies in science, technology, engineering and math (STEM) they are more likely to change majors than their male counterparts, despite relative success. "Women drop out of engineering programs with higher average grades than the men who stay in engineering programs," reported CEO of the Society of Women Engineers, Betty Shanahan, at last summer at U.S. News STEM Summit 2012. And of the women who do earn STEM degrees, the U.S Department of Commerce, Economics and Statistics Administration shows their typical career paths diverge substantially from men. “About 40 percent of men with STEM college degrees work in STEM jobs, whereas only 26 percent of women with STEM degrees work in STEM jobs” (August 2011).

While girls in most other nations thrive in science-related studies, there is a disconnect for them in the U.S. This drop-off of interest in STEM subjects among young female students is typically attributed to how our culture views women who demonstrate an interest or ability in the STEM fields. In subtle but impactful ways, our culture pushes away young women from STEM fields by often painting aspiring engineers as geeks with thick glasses and curious sense of fashion (see Amy in “The Big Bang Theory”). “One of the things that we can do to help disband that stereotype,” says executive director of technical research at AT&T Labs, Alicia Abella, in an interview with U.S. News and World Report, “is to really expose these young girls and young women to role models who are in the field to make them recognize that, in fact, you don't have to fit that stereotype.”

For this reason there is an all-call out to U.S. industry and educators at all levels to undo the stereotypes that could be costing the country some of its best and brightest future innovators. Young STEM-inclined females need role models, and to this end, “Introduce a Girl to Engineering Day” was established in 2009 to promote their connection with accomplished women in the STEM fields.

This year, “Introduce a girl to Engineering Day 2013” is dedicated to the memory and legacy of Sally Ride, physicist and first American woman in space. Here is a list that includes links to the accomplishments of Sally Ride and eleven other women and organizations with whom we should want young, STEM-inclined female students to be introduced.  Introduce a Girl to these STEM Role Models:

Organization for Economic Cooperation and Development

Paul Pineiro is the Assistant Superintendent for Curriculum and Instruction in Westfield Public Schools (Union County, NJ) and a “Generation STEM” enthusiast. You can follow Paul on Twitter at @paulpineiro.