While attending the NSBA Annual Conference this past weekend, I had the opportunity to attend Sal Kahn’s keynote on Sunday.  Khan is the creator of Khan Academy.  He began his keynote by sharing a video montage of Khan Academy highlights and then presenting some impressive statistics on usage.  To date, these statistics are: 140 million+ lessons delivered, 500 million+ exercises done, and 6+ million unique visits per month. It is obvious from these statistics that many stakeholders, including students, are finding some form of value from the service that Khan Academy provides. 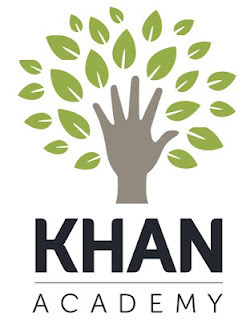 The catalyst for Khan Academy began some years ago with a Yahoo doodle Sal developed to help a family member with her struggles in math. In addition to using Yahoo doodle, he began writing quiz software in 2006.  Dismissive at first, he then began to create video tutorials that were uploaded to YouTube.  As Sal emphasized, his key finding during this exploratory process was that viewers could engage in the content when they were ready for, or needed, it and could learn at their own pace. Once on YouTube, the videos took on a life of their own and were widely watched and used by teachers, parents, and students.

He officially started Khan Academy in 2009 knowing that quality videos would withstand test of time.  As the site increased in popularity it caught the eye of Bill Gates and Google with an end result being over 4 million in funding.  The Khan Academy site now contains over 3000 videos mapped to the Common Core and associated assessments that allow learners to practice and reinforce skills acquired through the videos. Detailed statistics are provided to learners and coaches (i.e. teachers) to provide a snapshot of what has been learned.  You can learn more details about other associated features here.

As students show mastery in one concept they move on to the next. Sal Khan says his system is out of sync with that of traditional education systems that have become indoctrinated over many years.  He feels that his service increases valuable time for teachers to connect with students in class.  As he stated, student teacher ratio isn't important - it is the student to valuable teacher time ratio that matters.  Khan Academy’s new features provide powerful data on growth and achievement that teachers can utilize to modify instruction.

I must say Sal Kahn is a riveting storyteller.  He had the audience laughing, cheering, and literally in awe with Khan Academy and it’s potential in schools.  All one had to do was read the Twitter stream to deduce this.  However, the Twitter back channel also revealed many skeptics in regards to the finances provided by certain champions for education reform,

@mcpssuper: Why do I feel like I'm watching a really cool sales pitch for #khanacademy

@cascadingwaters: All of this #khanacademy bit works, right up until the kid gets stuck. And they do.

@MCSDrSpence: Implications of Khans work for closing achievement gap are enormous. Next challenge: we have to bridge the digital divide for kids

@irasocal: There are few bigger frauds in American than Sal Khan #NSBAconf

Khan Academy is not a silver bullet that will fix education and improve achievement as a stand-alone entity. It has its merits, as does the flipped learning approach that his videos are generally associate with, but more as an instructional supplement to enhance the teaching and learning process.  The video resources and associated services provided for free by Khan Academy are powerful learning tools, if they can be accessed by populations (rural and urban) that need them the most.  Khan Academy merely provides the content.  Great teachers are the key to developing authentic tasks for students to apply what they have learned and assessing to provide feedback.  As a tool Khan Academy will benefit educators, students, and parents in a quest for knowledge, practice, and reinforcement.  It will not, however, be a game-changing reform agent as the private sector sees it.

With this being said, what are your thoughts on Khan Academy and it's implications on education?