The Secrets to Creating a Positive School Culture

If someone would have asked me this question a few years ago I honestly would not have had a good answer.  I always thought a positive school culture was one where strict rules were created and consistently enforced to keep students focused on learning.  In my mind, the more I could control the environment that my students were a part of the better the results. There was not much flexibility in terms of the structure of the day and what students were “allowed” to do.  The end result was either compliance or outright defiance. Those who were compliant were celebrated while those who were defiant were disciplined accordingly. 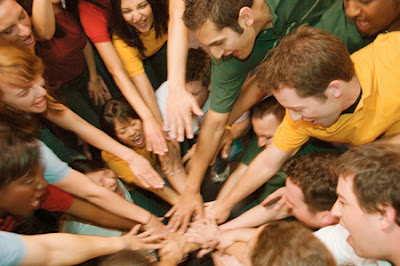 I can look back on this early time in my administrative career and really see how naïve I was.  All I have to do now is look at the status of our school culture today, which has led me to this mini reflection. Last week I had the opportunity to meet with some students who convened a meeting with me.  The purpose of this meeting was for them to share concerns they had with some of the inner functions of the school.  The main part of the meeting focused on how we run our fire and security drills, but the conversation later moved onto questioning our use of Study Island and inconsistencies in taking attendance.

Herein lies one significant cultural shift; a meeting called by students as they have been empowered to become catalysts for change. Their ideas are valued, but the fact that they have more power than they think point has not been consistently reinforced. It was at this point that I looked each of them in the eyes and told them that they don’t work for us; we (teachers, administrators) work for them. Their jaws dropped when I said this.  Giving up control and empowering my students to take ownership of their educational experience has been one of the best decisions I have ever made.  Is this really a secret though?  Well, it obviously was to me, and had I known I would have done this much earlier in my administrative career.

Now back to the student meeting.  After addressing their concerns a student brought up how much she, and others, appreciated the fact that we allow them to bring their technology to school.  This meant the world to me, as many know that I have worked hard with my staff to initiate a meaningful Bring Your Own Device (BYOD) program.  I used this point in the meeting as an opportunity to challenge the students to be more proactive in their device use for learning. Each student was left with the task of working with his or her teachers and peers to strengthen our BYOD initiative so that it continues to focus on learning. The difference now was shifting the responsibility to improve the program from the professional staff to the students.

I hear a great deal of conversation in the education world about transforming school culture.  Heck, I have even added to that dialogue on numerous occasions.  It wasn’t until now that I realized the most significant piece to the change and transformation process is our students.  This most important stakeholder group is often left out of this conversation.  So what are the secrets to transforming school culture? Make it a student-centered process, give up control, respect their ideas then implement them, and get out of the way. For it is they, our students, who ultimately transform school culture.  We are just playing in their sandbox.