Over the past three years I have, in my opinion, dramatically grown as a school leader.  The catalyst for a significant portion of this growth was my embracement of social media as a powerful leadership tool.  For me social media opened the door to a variety of pathways to enhance my ability to lead a comprehensive high school is a way that was more relevant, meaningful, and impactful.  This is what I and others now refer to as Leadership 2.0.  It is because of this evolved style of leadership that we have seen the significant change and transformation at my school on a variety of levels. 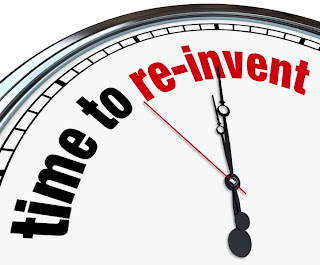 I am excited to announce two specific resources available to any school leader to learn more about Leadership 2.0 for free.  The first is the Leadership 2.0 community at edWeb.net hosted by Joe Mazza and myself.  Leadership 2.0 is a professional learning community that will help school principals use Web 2.0 tools be an innovative leader, help teachers grow professionally, improve student learning, and improve communications with all stakeholders.  In a series of free webinars, live chats, and online discussions, you'll learn how free social media tools can help you:
As a member of the community, you'll be invited to a free webinar and live chat each month. You'll have access to all of the recorded webinars, presentations, and resources, providing you with an online learning center you can return to at any time. The Leadership 2.0 community at edWeb.net is a place where you can post questions, start discussions, and get feedback from other principals on the issues and challenges you face in adopting these 21st century technology tools.  Our first webinar on the Fundamentals of Leadership 2.0 will take place on Tuesday October 9 at 5:00 PM EST.  You can register for this free webinar HERE.

Another opportunity for school leaders and other educators to learn more about Leadership 2.0 is through a free course created by George Couros.  Here is how George describes this course:

As administrators, learning is continuously evolving and we must be learning leaders within our organization.  But what does leadership look like in schools today?  If we are leading schools the same way that we were 20, 15, or even 10 years ago, will administrators still be relevant.

Using the Alberta Education framework for Principals, we are looking at developing leadership in schools that builds upon the fundamentals of good administration but in a continuously changing environment.  Although we will be using the Alberta Education framework, these qualities are beneficial to leaders no matter what area of the world they are in. Because of this, we have asked school administrators from all over North America to share their insights on each strand and how they effectively meet this in the context of today’s learner.

Don't miss out on these wonderful opportunities to delve more deeply into the concept of Leadership 2.0. Be sure to also follow the Leadership 2.0 hash tag on Twitter (#lead20). 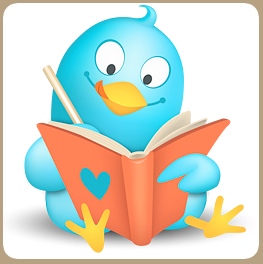 I was really pleased to see a new teacher at my school developing a creative assessment centered on Twitter, a social media tool that is growing in popularity amongst youth across the globe.  She could have chosen to assess the summer choice reading assignment in a typical fashion, but instead decided to try something a bit more creative.  Based on the questions that I observed the students asking it seemed to me that they were eager to participate in this project.  One of my suggestions going forward with an assignment like this would be to create a specific hash tag so that both the students and teacher could see the assignment come full circle with the effective integration of technology.
Posted by Eric Sheninger at 9/23/2012 05:27:00 PM 9 comments:

A Conference Not to Be Missed

The annual Edscape Conference will once again be held at New Milford High School in New Milford, NJ on Saturday October 13, 2012.  Hundreds of educators from over seven different states and Canada will once again descend upon my school to learn together and network in an effort to move their respective school cultures down an innovative path.  Edscape evolved out of the need to provide educators with relevant, meaningful professional development focusing on digital learning and innovation that was in dire need for many.  This was the case for teachers in my District as well as those throughout the Tri-State area.

Here is a description of the conference:


As the educational landscape changes schools must transform accordingly in order to prepare all learners with the skills, tools, and knowledge to be successful in the 21st Century. This requires a shift in instructional techniques that focus on critical thinking, inquiry, problem-solving, authentic contexts, and technology. Edscape is a conference intended to bring together passionate educators who firmly believe that innovation is essential to increasing student engagement and achievement. Innovation begins with a desire to change. Edscape will provide attendees with the inspiration, strategies, and the confidence to actively pursue a transformation in teaching and learning practices.  The theme of this year’s conference is “Innovation Now”. We will explore how learning environments can be established to promote critical thought, inquiry, problem solving, and creativity. Attendees will leave with a greater sense of how to authentically engage all learners through meaningful and relevant instruction.  The Edscape Conference will feature presentations and workshops by innovative educators who believe that change is essential to meet the diverse needs of all learners in the 21st Century. They will share best practices, success stories, applicable strategies, and pedagogical techniques that address the following:

Other conference highlights include the following:
DON'T MISS OUT AND REGISTER TODAY!

Doing What It Takes To Support Learning (Part 1)

I am a firm believer that schools must do everything possible to provide students with enriching learning experiences both during and outside of the school day.  It is also essential that schools support our students when they seek out meaningful learning opportunities on their own even if they occur when school is not in session.  In my opinion this is a no-brainer as it is our jobs to instill a passion for learning amongst our students.  Last year NMHS Business teacher Karen Vicari approached me about an opportunity that two of her students wanted to be a part of over the summer.  She strongly advocated for both to attend and detailed the many learning benefits associated with the program. The only sticking point was the cost for both to attend.  Needless to say I made sure that the school took care of this.

I was pleasantly surprised the other day when both students came to my office with thank you notes in hand.  Talk about making my day.  More importantly though I was so excited to learn in detail how much of a profound impact this experience had on both of them.  These letters epitomize why we do what we do for students here at New Milford HS.  When there is a value placed on learning it is our job to support those experiences. Below is one of the letters from junior Philip Glazman, who was kind enough to send me an electronic copy and allow for it to be posted on my blog.

I’m very grateful for the generous financial support that enabled me to attend the Foundation for Free Enterprise’s Summer Business Camp. The camp delivered unforgettable experiences and expanded my knowledge of business and economics. I am appreciative of such an incredible opportunity that would not have been possible without Mrs. Vicari, the Board of Education, and you.

The Foundation for Free Enterprise 2012 Summer Camp was not only exciting; it provided a new perspective of the world that I lacked before. The speakers were phenomenal and I truly learned greatly from the seminars. The different seminars focused on specific aspects of business such as business law, accounting, finance, public speaking, and economics. The actual experience of creating a business plan was unforgettable. The students attending the camp were divided into groups which competed to create different businesses. In other words, each group’s objective was to create a feasible business that would attract investors or loan support from banks. The construction of the business plan developed team work, communication skills, and overall business skills.  In such a short period of time, I’ve discovered the fast pace world of business and economics.

I’ve gained a new perspective on issues involving economics. Since the end of camp, I have been reading renowned publications of economics and have been trying to educate myself further.  Not only has the camp added to my intellectual development, it changed me as a person. I have become more aware of the world and I have become an activist for free markets and capitalism at local nonprofit and political organizations. I am grateful that such a remarkable summer program exists and that the school was able to support my trip there. The Foundation for Free Enterprise Summer Business Camp has significantly changed my view of the world, and I am thankful.

Well, the summer is unofficially over and all I can say is that it was one of the most productive breaks I have had in recent memory from a reading standpoint. I made a commitment to set aside time to read, something that I have failed miserably at in the past.  The challenge for me though was to select books that were not only engaging but would push my thinking on educational leadership. For me, that equates to pleasurable reading. Obviously, I am a non-fiction guy. I wanted to read not only for pleasure but also personal and professional growth. 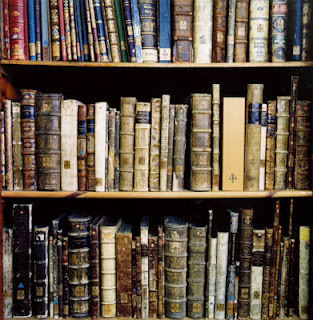 After reading five books this past summer, a personal record for me, I can honestly say that I exceeded my goal. Not only was each one inspiring in its own right, but I was able to incorporate some of the principles and takeaways from each book during the first meeting with my staff yesterday.  It is safe to This is a trend that will continue as the year progresses.  It is safe to say that my choices, based in large part on recommendations from my Personal Learning Network (PLN) have had a profound impact.  Below is my reading list that I highly recommend to all school leaders and any educator for that matter:

The No Complaining Rule by Jon Gordon

The Alchemist by Paulo Coelho

Trust me when I tell you that you will thoroughly enjoy these books and quite possibly rethink how you lead, innovate, and communicate.  What would you add to this list?
Posted by Eric Sheninger at 9/05/2012 08:13:00 PM 7 comments: