The People and Moments That Define Us

I knew early on in my education career that I wanted to be an administrator. The predominant reason for this was that I wanted to at least attempt to be a fraction of the leader that my father was.  My father was an elementary principal for 30 years and I always admired how he was able to inspire his staff to focus on student learning. To say that he was beloved by all would be a significant understatement.  He also consistently did those little things (dressing up for Halloween, cooking breakfast for his staff) that on the surface don’t seem like a big deal, but meant so much to his staff and students. His calm and collective nature allowed him to effectively deal with adverse situations. To this day I still go to my father for advice. To sum it up, he was the total package as an administrator. 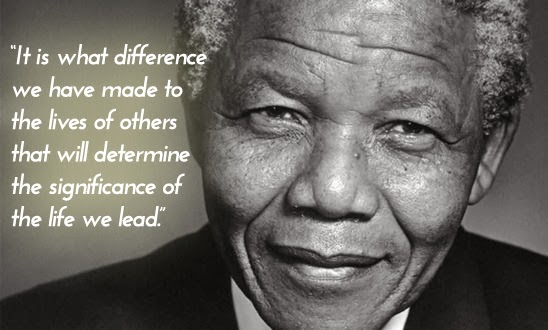 My second reason for wanting to become an administrator early on in my career stemmed from the fact that I wanted to help as many students as possible.  As a classroom teacher I felt that my impact was limited based on the number of students I had contact with on a daily basis.  But through my position as a science teacher, a coach (football, ice hockey, lacrosse), and environmental club advisor I was able to impact and influence a large number of students. However, in a school of close to 2000 learners I felt that I could do more.  Due to the influence of my father and a passion to help as many students as possible succeed, I ventured into the world of educational administration in 2004.

Obviously my journey continues.  After having assumed the duties of both athletic director and vice principal at New Milford High School I became the principal in 2007. It was at this point that I saw one of my dreams fulfilled, as I was finally about to walk in the footsteps of my father.  As a young principal I made many mistakes in my early years.  Heck, I still make many mistakes. But I learned from a mentor early on that making mistakes is okay; just don't make the same mistake twice.  It was at this point that I began to take more risks to create a better teaching and learning culture at NMHS.

Up until this point in my career I would say that I followed the traditional playbook for school leaders.  If I was graded I would have probably received an A for running my school where strict rules had to be followed by students, mobile devices banned, and all social media blocked.  I did a great job maintaining the status quo, which was a school culture that prepared students for a workforce that no longer existed.  This is how both observers and myself measured my effectiveness.  I thought, and was told, that I was doing a great job, but what did I know.  Obviously, not much at the time.

It was then in 2009 that I possibly took the greatest risk of my young administrative career.  After reading an article in the local Sunday paper on Twitter I decided to step outside my comfort zone, disregard the perception that I had, and began to use social media as a leadership tool. What began as just a way to communicate better with my stakeholders evolved into something that I never imagined.  Once in the space that social media provided, I began to lurk and learn.  It was at this point that I discovered the error and ignorance of my ways.  What I lacked was education on how all aspects of technology could be used to enhance learning.  Individuals who I had never met face to face not only challenged my thinking, but ultimately saved my professional career.  If it were not for my Personal Learning Network (PLN) I might have never changed. Without this change I would still to this day be leading a school down a path of irrelevance.  My greatest leadership asset was born from a space that I swore I would never venture into.  Talk about a game changing moment!

We all have those people and moments that help define our careers.  For me each has helped influence my learning while providing me with the insight, tools, support, and feedback needed to become a better leader.  New Milford High School has become a better institution for learning and innovation.  By giving up control, trusting my students and staff, and evolving into a lead learning we continue to transform our school in ways that will better prepare our students for success in today’s society.  I hope that one day my career is defined by the shifts, changes, and ultimate transformation that continue to occur at my school.

I will be forever thankful to the many people that have supported me up to this point and have provided me priceless guidance over the years.  It is a humbling time for me as I walk around the halls of NMHS and see how far we have come while anticipating the work that still needs to be done.  Just as significant is my growth as a leader, which in many aspects is a testament to the educators from across the globe that I now lean on day in and day out.  This has led to another significant moment of my career, which is the release of my first solo book (Digital Leadership: Changing Paradigms for Changing Times).  I look at it as sort of a a natural product of the ongoing changes in my professional career. It represents a culmination of OUR journey together.  My hope is that this book will make a difference in the work of other leaders and those that aspire to lead. Regardless I will continue to learn from people and discover those moments that will be catalysts for further professional growth and improvement.

Who are the people and what moments have defined you as an educator and/or leader?