I often think back to my early years as an educational leader in order to gain a better perspective on how much I have grown.  Almost all of this growth can be attributed to a point in time that I became connected using a variety of social media tools.  Prior to this moment I would say that I led my school in an efficient manner as opposed to effective.  More time and emphasis was placed on managerial tasks rather than those that could transform the culture of the school. 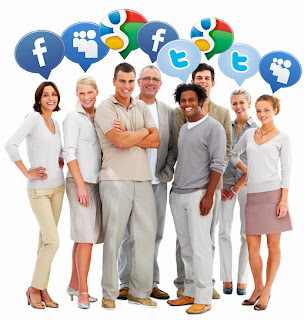 I led in a way that I thought was best.  This was due to a lack of information on better ways of doing things.  Being on an isolated island in terms of access to information had a real negative impact on my ability to move my school forward during my first two years as principal.  Not only was I being held back, but also so were my teachers and students.  When we know what we know we develop views and perspectives that we think are spot on.  It is only when we push ourselves outside of our knowledge comfort zones that we can truly be the catalysts for change that our schools, districts, and communities desperately need.

As many readers of my blog know, the big changes in my career came when I discovered the value of social media as a leader and learner.  It started with Twitter and eventually led to the use of virtually every major social media tool available with the sole goal of improving professional practice.  Becoming connected and developing my own Personal Learning Network (PLN) freed me from the purgatory that the traditional system of education had created.  Social media and the resulting PLN provided a doorway to endless learning opportunities that have forever changed my professional practice.  In my eyes this was the freedom that I desperately needed to no longer be a cog in a wheel.  I want everyone to experience this freedom.  It is a rush like no other.

I finally became the CEO of my own learning as I began to forge a path that in time helped me to become more effective.  It really clicked after I applied what I had learned to transform the culture of NMHS.  What is even better is that these initial changes have been sustained.  As much as the social media tools were important to this process, they pale in comparison to the ultimate driving force of a connected model of learning – PEOPLE!  Social media is a catalyst for conversation, plain and simple.  In itself, it will never be a transformative tool.  It is the people that engage in conversations, participate in learning communities, share resources, acquire knowledge, and reflect on their practice that ultimately become the agents of change education needs.

Our voice, ideas, and opinions have never been so important.  We can choose to stick our heads in the sand and remain isolated within our buildings or our localized school communities.  In my opinion, this is not a wise choice.  Together, we as educators, have the potential to easily, and seamlessly, connect with one another and to be the driving force for professional development and reform, but only if we are united.  Social media provides the medium for us to collectively empower each other to become better while learning side by side.  It allows us to showcase everything that is good in education while providing inspiration to change.

The more people we have engaged and connected will dramatically enhance our ability to learn from each other, elicit feedback on our ideas/initiatives for change, and magnify our voice as to what our education systems really need to be effective.  During a recent Twitter conversation Tony Sinanis stated, "The perk of SM is that we seem to have access to the best of the best in education."  I couldn't agree more.  I am indebted to the many PEOPLE I have connected with through social media that have made me a better leader and learner. The power and value of social media lies in the PEOPLE that connect, converse, engage, and learn in these spaces.  Make it a point today to get someone connected to strengthen our learning community and transform theirs.