An Action Plan for AP Success

Advanced Placement (AP) exams, in a variety of subjects, are offered at virtually every high school.  I had been particularly concerned about my school’s overall performance the past couple of years.  Our scores were well below the state level and our District Factor Group (DFG), which is a comparison of similar schools based on socioeconomics.  Last year only 46% of those students taking AP exams scored a 3 or higher.  This number was so troubling that we knew it was time to take action. 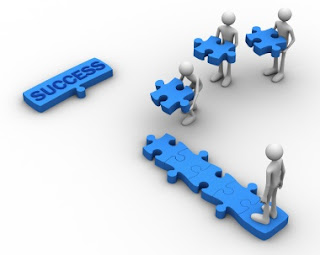 In collaboration with Central Office, some changes were made in late June of 2011.  Historically, up until this point the District paid the full cost of exams taken for every student, regardless of the score they received.  The first major change was that only students scoring a 3 or higher would be fully reimbursed for the cost of each AP exam he or she took.  Yes, this is an example of an “if-then” reward.  Daniel Pink would probably not endorse this type of motivation, but it was obvious that the current structure was not working, as many students didn’t seem to be taking the exam(s) seriously.  The second major change, with the assistance from Central Office, was to encourage AP teachers to attend a week of targeted training sponsored by the College Board and then to provide them with reimbursement.  The last change was the development of an action plan by my HS Administrative team and me focusing on bringing up our overall scores.   We decided to shoot for the stars and established the following goal: By June 2012 seventy-five percent (75%) of the students taking an Advanced Placement (AP) exam will score a three (3) or better.

AP scores were recently released and I was totally shocked when the scores were broken down.  We experienced significant gains over the previous year where 72% of our students taking the exams scored a 3 or higher.  This represented a 26% increase over the previous year.  Those who follow me on Twitter were able to experience my excitement and pride firsthand as I shared this amazing news.  I was so proud of my students and AP teachers, as well as the collective work of both the High School and District Administrative teams.  We identified an area where we needed to improve, didn’t make excuses, and developed a multifaceted strategy to address the issue at hand.

Many educators asked me specifically about the strategic plan I developed with my administrative team at the high school.  Based upon the goal stated previously, the following activities were put in place and monitored throughout the year:

Action plans do not have to be fancy in order to be successful.  The changes and action plan highlighted above were able to assist us in significantly improving student achievement on the AP exams.  However, none of this would have been possible had it not been for the hard work on behalf of my students and teachers as well as the collaboration and support from Central Office.